Because the Shant, which serves as headquarters for Delta Kappa Epsilon, no longer adequately houses the fraternity’s growing offices, the Rampant Lion Foundation Board of Trustees, which owns the historic building in downtown Ann Arbor, Mich., has reached the difficult decision to sell it.

Designed by William Lebaron Jenney and built for DKE in 1878, it served for decades as a meeting place for the Brothers of the fraternity’s Omicron chapter

at the University of Michigan. Through the years, hundreds of young Dekes, including Gerald Ford, who went on to serve as President of the United States, passed through its portals.

Since the early 1990s, the fraternity’s headquarters has operated out of the Shant, but the space is no longer adequate for the expanding staff and services. Also,

property ownership does not advance the mission of the Rampant Lion Foundation, and it ties up funds that could otherwise be used to support DKE undergraduates.

The Shant is in need of some repairs if the DKE headquarters were to continue using it, and it was decided that owning real estate is not the best way to allocate RLF’s resources. This was a joint decision by the Rampant Lion Foundation’s Board of Trustees and the DKE Executive Committee.

Alumni from the Omicron chapter were given the first option to purchase the Shant at a reduced price, but they did not exercise that option, so the building is now on the open market. 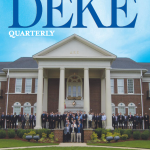 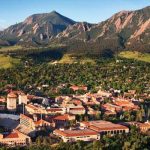